by: Kersheys
Sep 19 2021, 4:58pm CST ~ 1 mo., 5 days ago.
Yun and Yan replacing ang?I've noticed sometimes these words are used in sentences where I see no need to use the word "that" as objects aren't being mentioned. Eg sinong yun kumakanta. Could someone please explain.
Reply

Sep 19 2021, 6:23pm CST ~ 1 mo., 5 days ago.
I stole this from reddit:A paper by Prof. Naonori Nagaya called "Rise and fall of referentiality - Articles in Philippine languages". Using a spoken corpus compiled by him from native Tagalogs in 2007, he analysed the incidence of 431 "ang"s and 1413 "yung"s.He writes:
Modern Tagalog has a set of articles that are grammaticalized from the demonstratives [yung, yang, itong]. Among these demonstrative-derived articles, "yung" is currently the most often used and is considered as nearly a replacement for "ang" in conversations (Reid 1978; Himmelmann 2005b).
Yung is not a demonstrative any longer but an article in modern Tagalog. Reid (1978) observes that "yung" is “usable as a definite article without demonstrative significance.” As a sign of grammaticalization, "yung" shows phonological reduction: [iyon-ng -> "yung"]...Keeping in step with the de-referentialization of "ang", "yung" is now taking over the referential uses of "ang", as hinted already in Reid (1978). This process of grammaticalization has made progress to such an extent that in spoken discourse "yung" is the default article for marking referential nominals.However ... The article "yung" has several functions which "ang" does not: one is carried over from its demonstrative meaning, and another is an expanded nominalizing function that only "yung" displays. "Yung" is not just a simple renewal form of the functions of "ang", but also an addition to the article system in Tagalog.He lists the following sentences in which "ang" is either ungrammatical or different in meaning to "yung":(76) Kunin mo yung bola! = Get the ball (in the "iyon" sense of a ball which is far from us)
(77) Nakausap mo na ba yung si John Rey? = Did you already talk to John Rey? (who is away from both of us)
(78) Wrong send yung kagabi = The message I sent you last night was sent to a wrong address.
(79) Pakita mo sa akin yung naka-bikini ka = Show me the picture (drawing, video etc) where you were wearing a bikini.
(80) Ang pinaka-gusto ko, yung kapag nag-birthday ako, maraming regalo. = What I like the most is the situation that when I have my birthday, there are a lot of gifts.
(79) struck me as the most innovative. I noted a similar example in: www.reddit.com/r/Tag alog/comments/bwvleg /yung/He records only two contexts where "ang" is preferred to "yung". One is parentheticals:
(55) Ang totoo, may gusto siya sa akin. = The truth is, she has a crush on me.
(57) Ang sabi niya, may gusto siya sa akin. = What she said was, she has a crush on me.Even here, "yung" seems to be encroaching on "ang". Disregarding the set-phrase "ang totoo" (which can be reduced to "totoo"), an internet search of "yung sabi niya/nya" shows it to be already over half as popular as "ang sabi niya/nya".The other is ang-exclamatives, where "yung" is never used:
(60) Ang ganda ni Kim! = How beautiful Kim is!
(61) Ang tangkad ng dumating sa simbahan! = How tall the one who arrived at the church is!He speculates that "yung" is taking over the non-referential roles of "ang", and that when evolution has run its course this might eventually serve to distinguish them. However, an alternative scenario consistent with his data is that "yung" will take over completely from "ang" outside of ang-exclamatives, since his own data shows "yung" to be already more popular in two of the four non-referential contexts than "ang". Even in parentheticals it appears that "yung" is encroaching rapidly.As to what might be driving the process, he speculates that the disappearance of ka-exclamatives from Tagalog (which are still common in Bisayan) might be a result of the emergence of ang-exclamatives. Indeed, but it is also possible that the emergence of ang-exclamatives is the driving force behind "yung" taking over "ang"'s original territory. Only time will tell how far "yung" will go; it has not yet even made serious inroads into formal written Tagalog.
Reply

Sep 20 2021, 9:31am CST ~ 1 mo., 5 days ago.
Gonna have to agree with what Amboy posted and just to make it simpler the sentence is super common in colloquial Tagalog and “yung” has so many variations etc that I recommend listening to Filipinos for hundreds of hours via the listening tool and transcripts to grasp it more. You will also have to let go of the idea that grammar is that important in colloquial Tagalog . Reality is that it’s not. You just have to learn which rules Filipinos bend.
Reply

Sep 20 2021, 9:35am CST ~ 1 mo., 5 days ago.
One of the other comments said that a long yungggggg usually precedes an english noun lmao. So true you will here this at the mall all the time if they are trying to explain something to you at like True Value ... yunnnnng sprinkler, yunnnnnng light bulb. lol
Reply 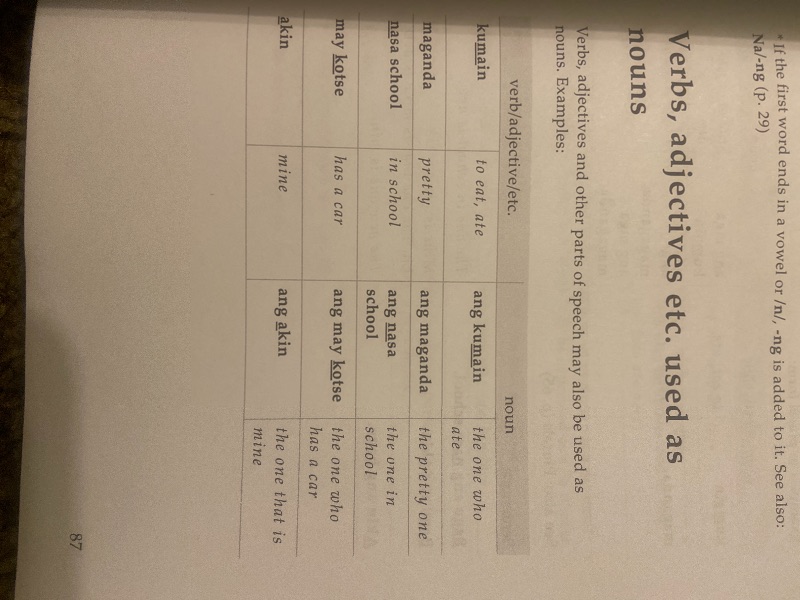 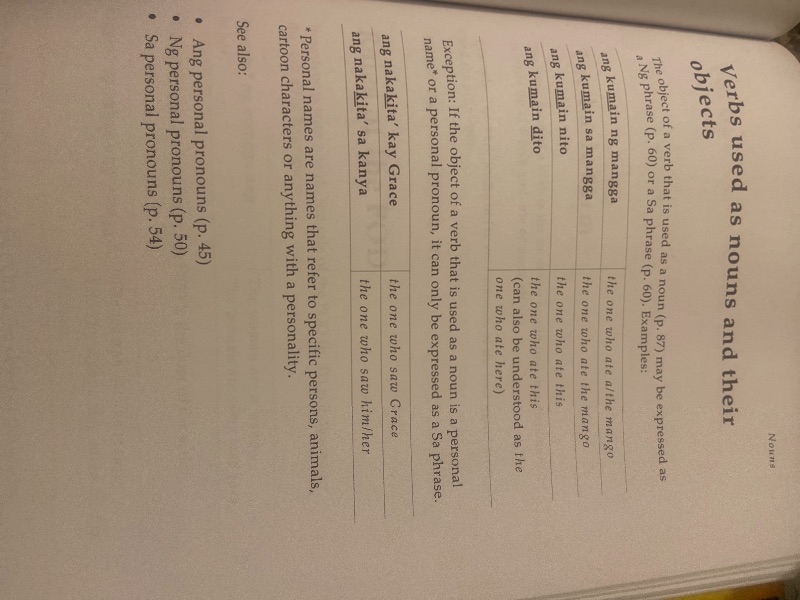 Yung also turns verbs into nouns (as does ang)
Reply